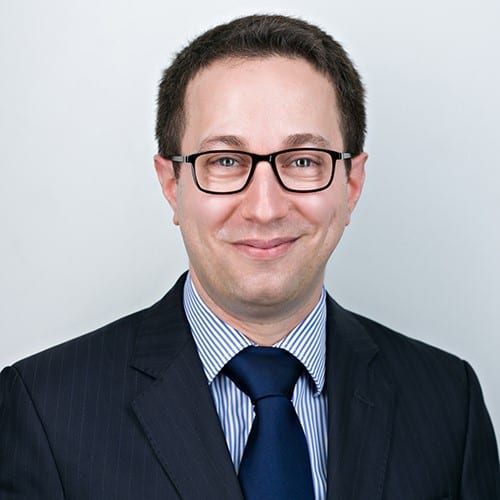 James is a Consultant Cardiologist at King’s College Hospital NHS Foundation Trust. He undertook pre-clinical studies at Magdalene College, Cambridge and clinical training at Green College, Oxford, graduating in 2005. His Foundation training was at University Hospital of South Manchester. He moved to London in 2007 for Core Medical Training at St Mary’s Hospital, was awarded MRCP in 2008 and in 2009 he was appointed to an Academic Clinical Fellowship in Cardiology at Imperial College. In 2010, he was awarded a British Heart Foundation Clinical Research Training Fellowship to undertake a PhD at St Thomas’ Hospital in cardiac electrophysiology and cardiac magnetic resonance. He completed his training in Cardiology as an Academic Clinical Lecturer at St Thomas’ Hospital, before appointment to his current position.

James has been teaching on the Ealing PACES course since 2010 and has consistently received excellent candidate feedback.