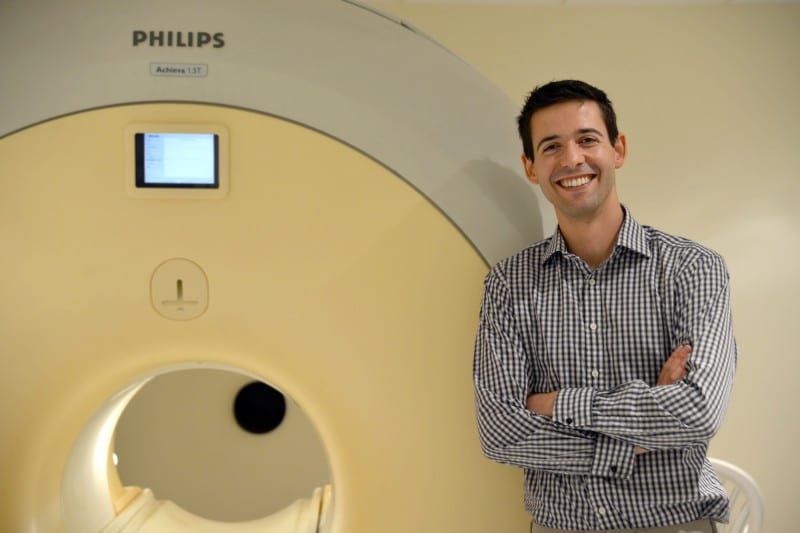 Antonio graduated from the University of Glasgow with 1st Class Honours in 2007 and went on to complete his Foundation training at Wishaw General Hospital and Glasgow Royal Infirmary. In 2009 he moved to London where he undertook his core medical training across Hammersmith, Charing Cross and St. Mary’s hospitals. That same year he was awarded the MRCP diploma.

He was appointed as a Cardiology registrar in the London Deanery in 2011 and worked at Hammersmith, St. Heliers and St. George’s hospitals since. His research interests include CMR, inherited cardiac conditions, population-based imaging genetics studies and health economics. Antonio is in the final year of a PhD and of an MBA at Imperial College. He was awarded the 2015 Society for Cardiovascular Magnetic Resonance (SCMR) Scholarship.

Antonio has had a long-term interest in medical education. In 2008 he completed the Resuscitation Council’s Instructors course and has since taught Advanced Life Support courses in England and Scotland. Antonio has tutored hundreds of candidates for the MRCP PACES exam within Imperial College and at the Ealing PACES course. Based on feedback from candidates and formal assessments, he was awarded an Imperial College Postgraduate Education Centre Bedside Teaching Certificate in 2009. Since its foundation in 2009, Antonio has also been collaborating with the University of Algarve medical school where he co-leads the Communications Skills and Patient Safety aspects of the curriculum.

Since joining the Ealing PACES team in 2014, Antonio has focused on preparing PACES candidates for the cardiology, medical ethics and communication skills stations.